Evaluation of first weeks with Didactor

We have now been using the platform Didactor for some weeks and suddenly we needed some results to publish in a report. Of course we were about to ask for feedback but not so soon. Anyways, the feedback are now in and as students rarely understands completeness and only looking for what's best for themselves the feedback has been a bit negative.

Thoughts of the students
The negative voices mostly because you can't be lazy anymore. You can't sleep during classes and doing else stuff and you must attend the classes. In the long run, when you look back at your education it's not a bad thing even though, at this moment, it of course can be very negative.

Also, everyone does not learn in the same universal way, but that's not something new, that problem we (teachers) always have had. Most funny, even though they tell us they hate the tool (Didactor) they learn and learn more and they are more active. Last but not least, they have a much better awareness of their knowledge, their self-evaluation and if they have passed the course or not.

In the evaluation we've been asking lots of questions, these maybe are the most interesting:

Proficiency after the course

I feel that my knowledge after the course is

Thoughts of the teachers
We the teachers has listen and are changing our ways (more variety) but will keep use didactor. Previously, students just been happy to pass the course, now they want to have more knowledge and higher ratings.

First thoughts: "Huh? What is she talking about????"

So I had my niece to explain what she was talking about because I didn't got it. And she remind me about how I helped her put up a special course, just for her, in the awesome tool Didactor. And as you know by now, a neat little tool which provides 14 edu games in one platform.

Before using my way of learning, this test was one of them she had been stressing about as one of the most boring and difficult ones. According to her I had succeed making her not even understanding the subject, master the test but also made learning fun. In fact, I managed to make the learning so fun she admitted she had learned more than needed.

Taste the words: "more than needed"... 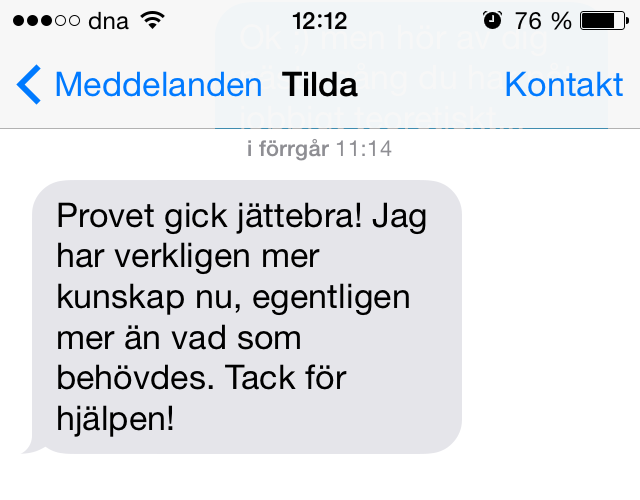 But still, congratz to me?
All I did was to provide another way to learn, which turned out to be a funnier way to learn. She also told me even though many scored very good on the test, she was one of the few with full points. And that surprised her, because she had been practicing the opposite way than her classmates. She had have fun while she was studying, she didn't felt she had done any practicing.

Instead of practice drawing pictures of a muscle, she had drag-drop text to a picture. The day before the test she (and her mother) had got anxious of this solution, my way of gamificate her learning, therefor she had started to practice the traditional way just to be safe. And she started with the hard ones, to draw pictures of something. She was very surprised she could do it without cheating! And that it actually been working!

Didactor
So here's my view of the course, sorry about the Swedish but you get the clue. 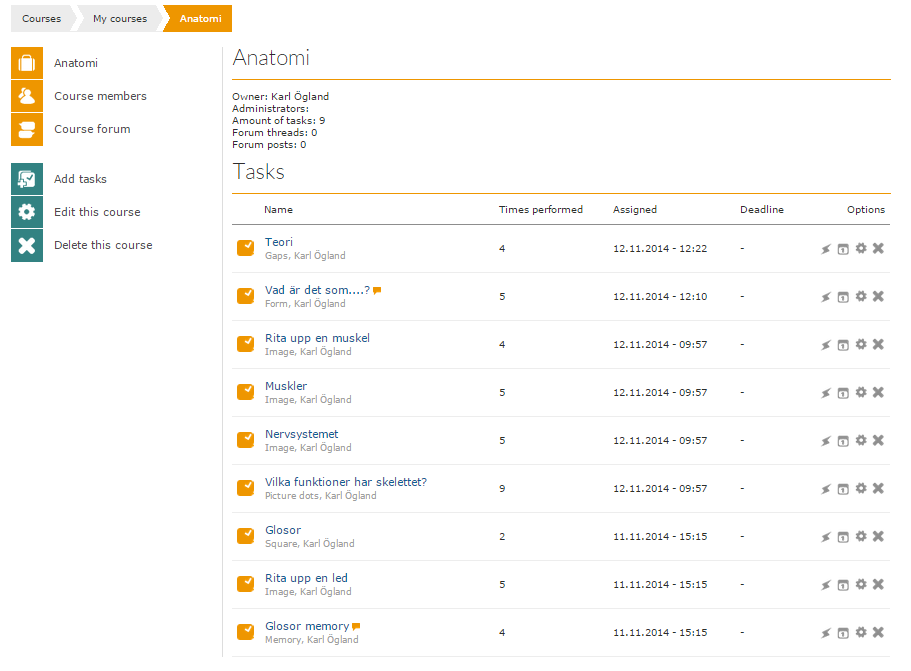 And if I choose to look at one student (she has agreed to became an example) I've a lot of information like "average time per task", "times performed" and "total time spent". 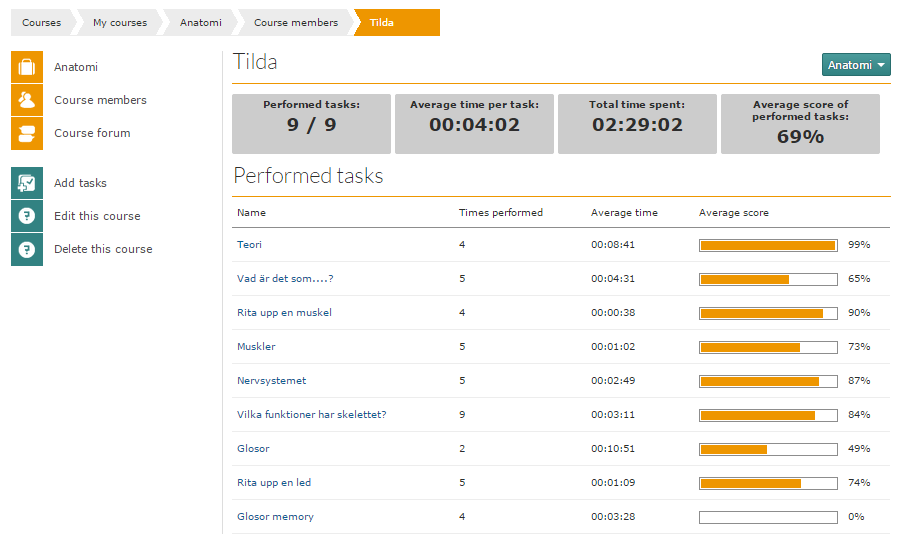 What comes to the memory, the last task, with a zero percent score it has to be something within the program itself, how it counts. When I click on one of her tries I can see she has been trying (and managed to solve the task) with 53 tries. 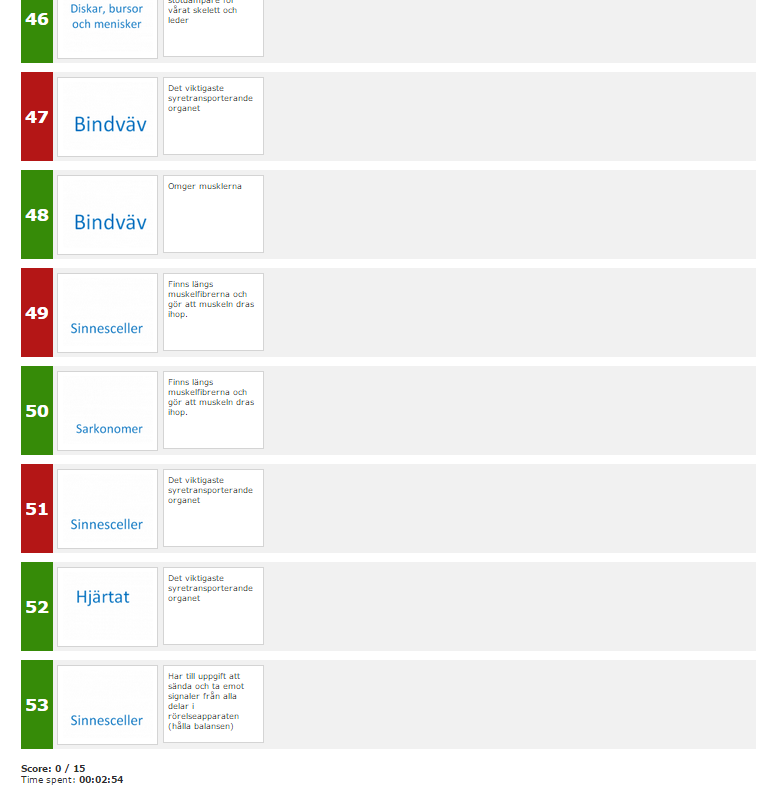