The other day one of my colleagues came by and asked me how good I'm doing apps. She had such an awesome idea how an app could help her gamify her teaching. A simple basic idea: hide clues everywhere and anywhere in the school, when the students finds them, put them together and earn some electro coins to cash in with for a reward.

And her ideas got into my head and I couldn't stop thinking of it. Such a good idea ought to go to be solved!

Do we really need an app?
No, not really.
KISS
Keep It Simple Stupid

I came up with a solution and she thought it would be so fun (and interesting) so we have to test it. We use Google Drive, add-ons and QR-codes.

We create one (1) quiz about diagnoses with ten (10) check questions and six (6) different answers (one for ADD, one for ADHD, one for autism and so on). We copy that one Google form, use the add-on Flubaroo and create a correct answer for all separate quizzes. With the Flubaroo add-on we can email each participant directly with feedback. We use our schools testimonials N1, G2 and B3 and they earn the same amount of "electro coins".


To each form we use a QR-code and that code can be hidden everywhere and anywhere, in a pdf-document or in a classroom. The QR code links to the quiz and some information who can take it.

Yeah, and with that thinking you'll have a bonus price as well, but we have to figure out something.

Our thought is to challenge our students to learn more with a minimal resources of us teachers, therefor check questions and auto correction add-on.

And finally, there's an actual working idea of gamification taking place and even though I've come up with the solution myself I doubt I'll be the first one to try it :D 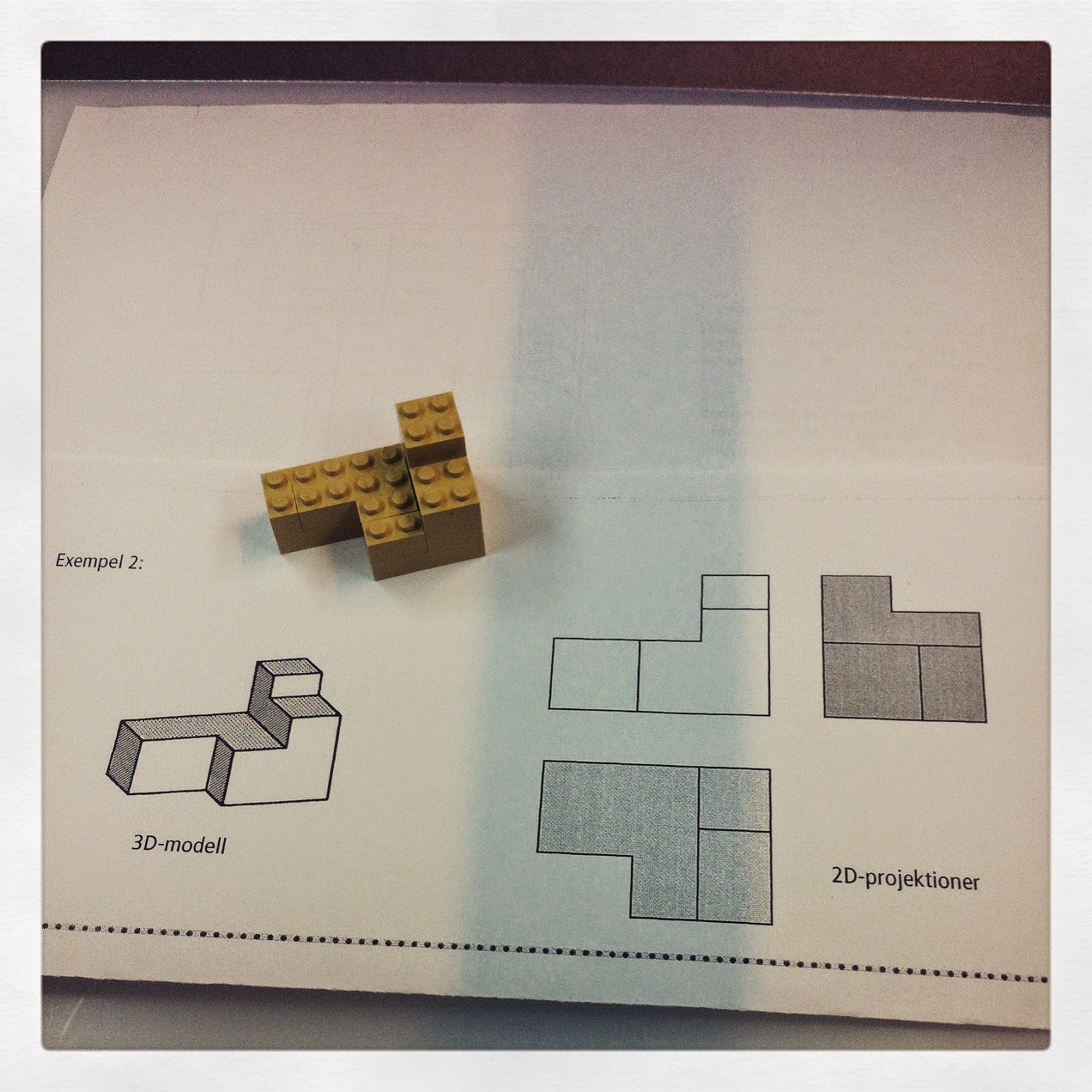 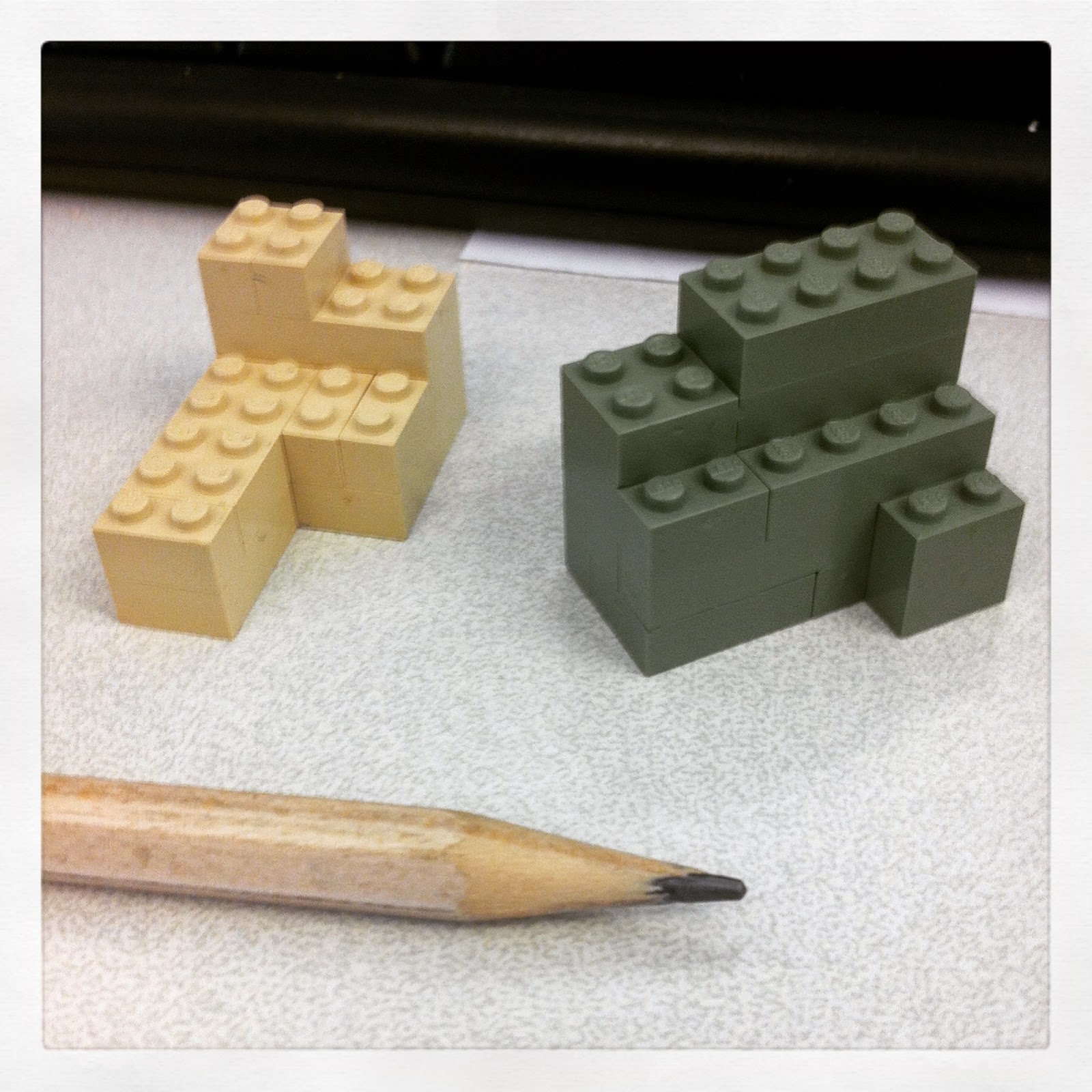 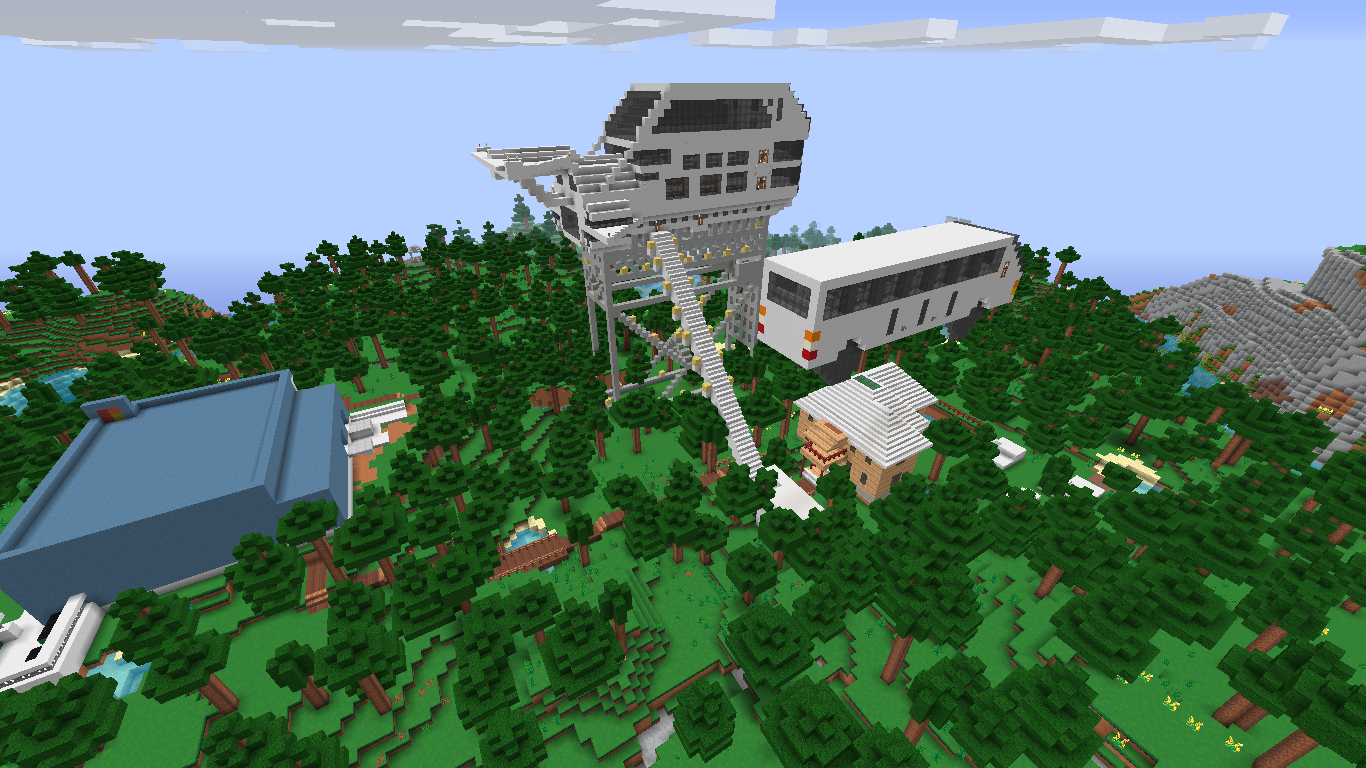 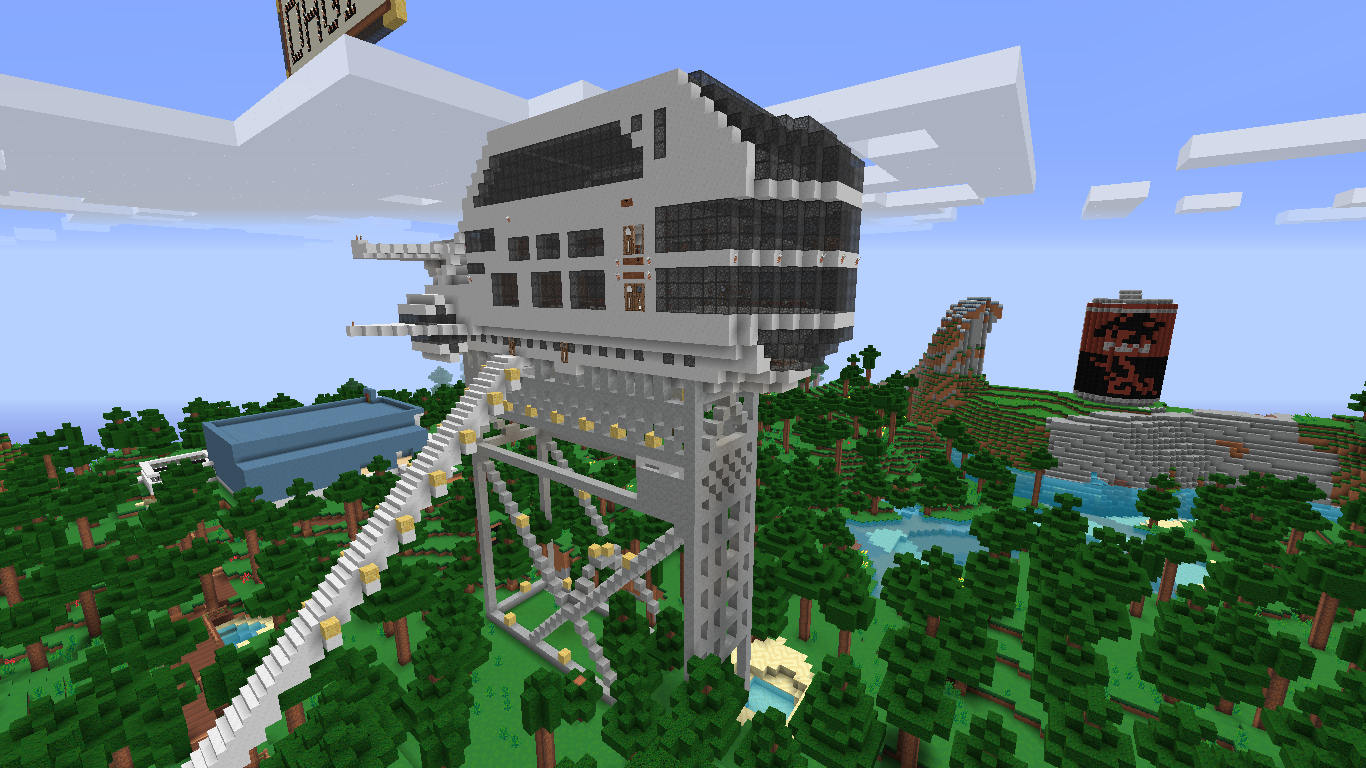 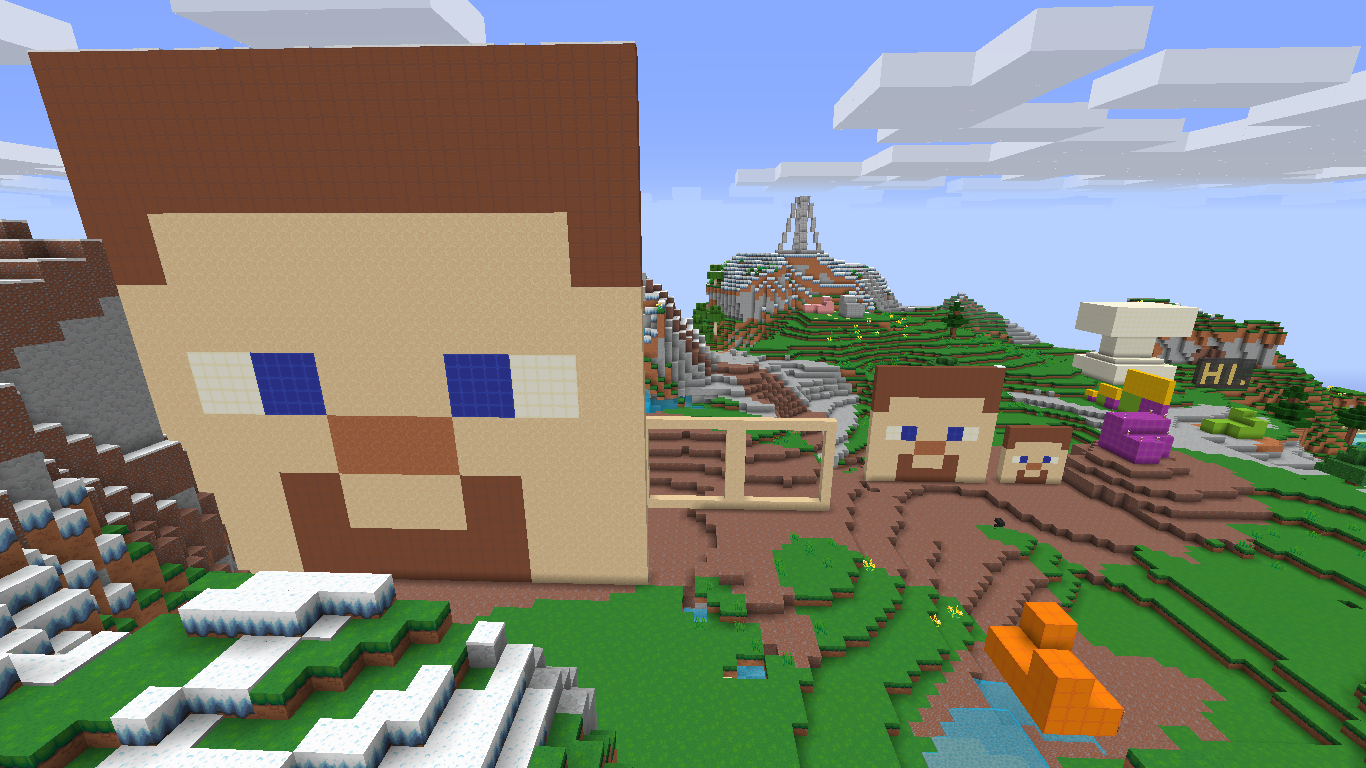 Minecraft PE
The first version of Minecraft I bought and played, where I saw the light and also understood this ain't enough! We need multiplayer, we need collaboration and we need an easier way to control our character.

But there's some cool features as when it comes to crafting, it's enough to have one piece of wood in your inventory to see what you can craft from that. There's also a separate workbench for stones. 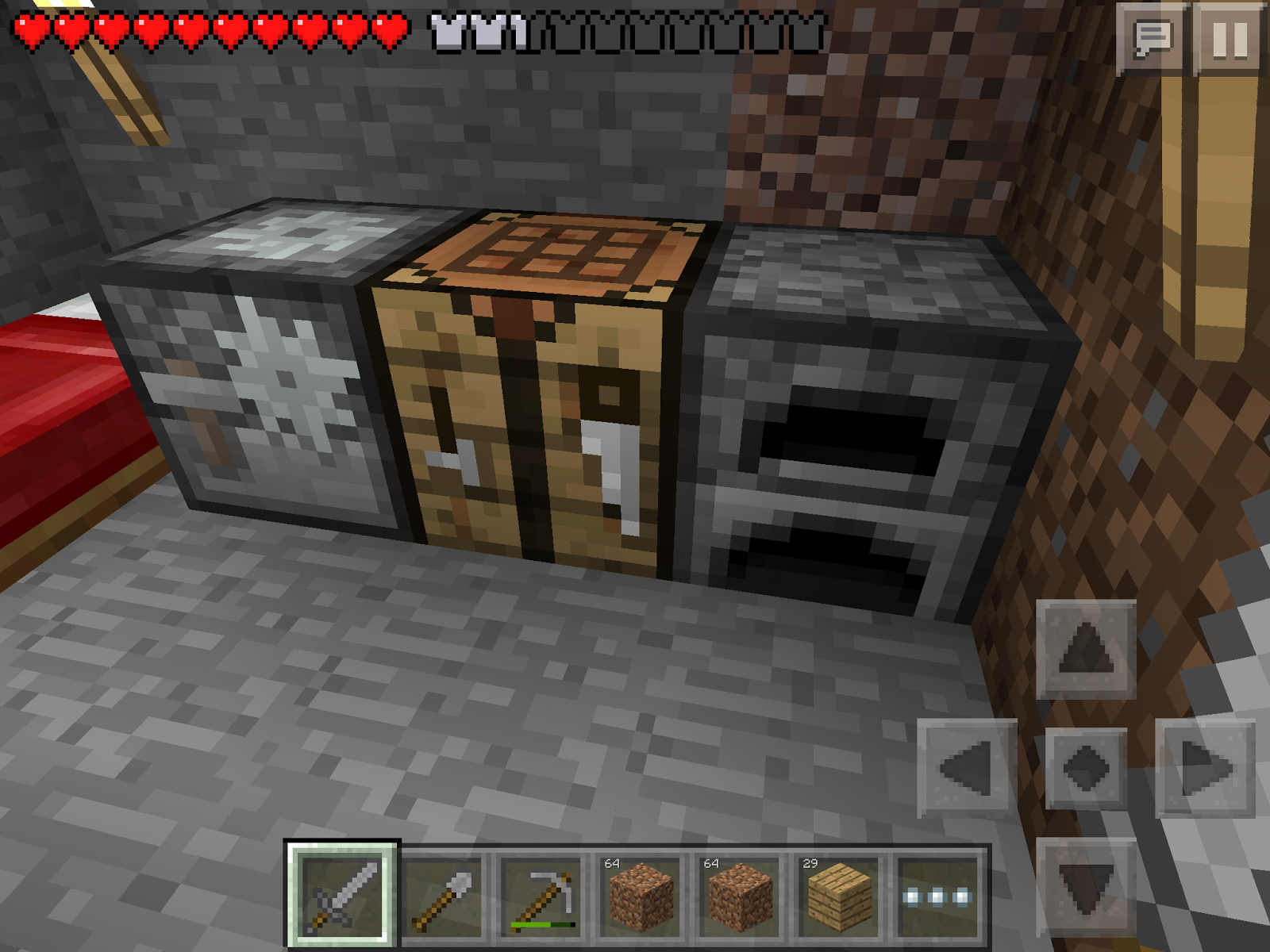 Above: another workbench (sort of) for the stones (to the left).
Below: Just a quick look to show how Minecraft look inside PE and where you find the controls. 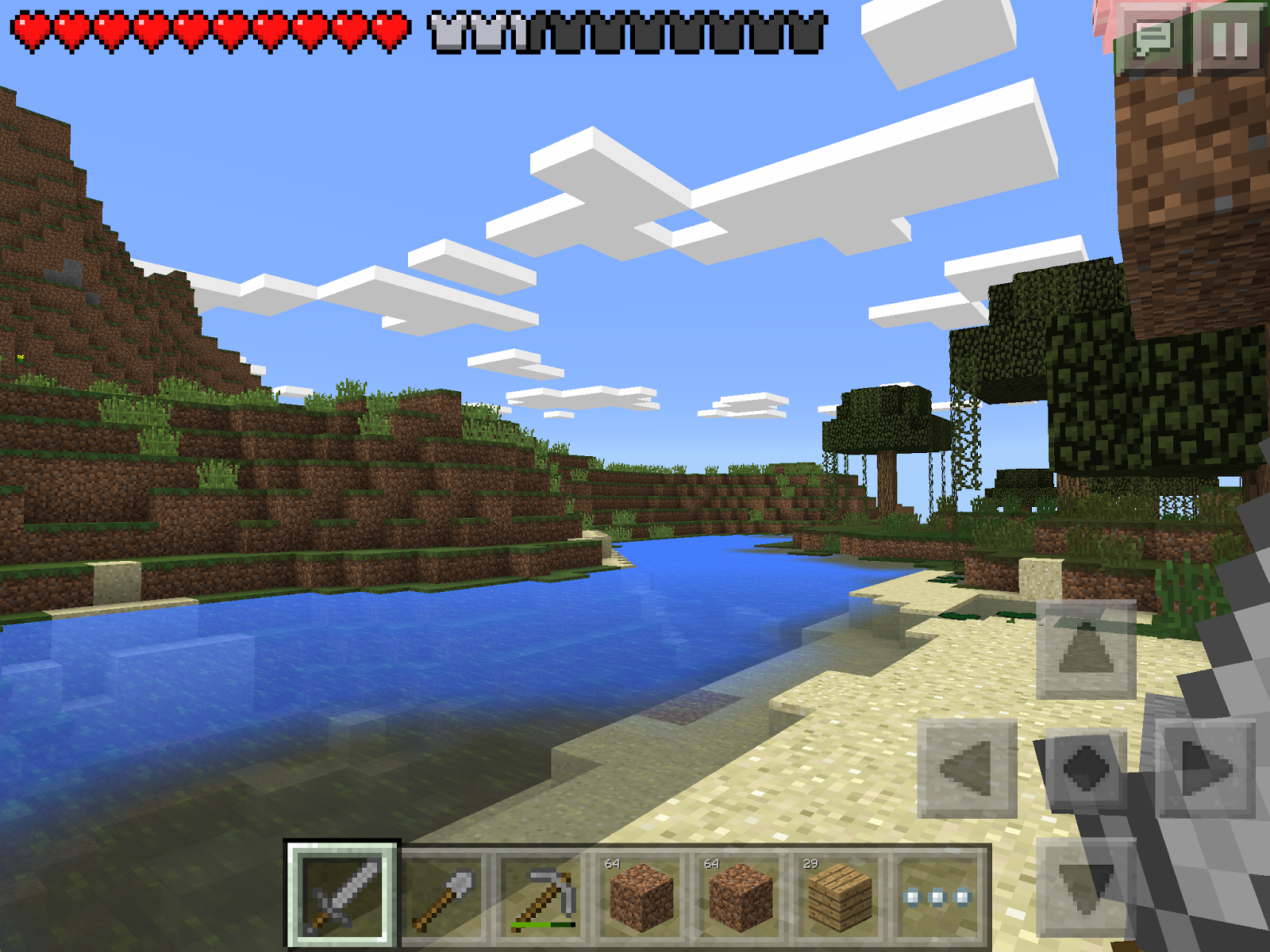 
Minecraft PC / MAC
Even though I'm an old WASD-gamer I had some issues moving around and do/undo blocks the first sessions. Luckily I both had students and a 5 yo daughter who started to help and teach me. With the PC version my educator eyes opened and I saw the possibilities how to use Minecraft in education.

Comparing with the other plattforms PC has the easiest controls, the worlds are almost unlimited and it's easy to get an exactly position (XYZ). Redstones gives a new dimension what to use Minecraft to.

It's also a flexible plattform as you can mod it free of choice. 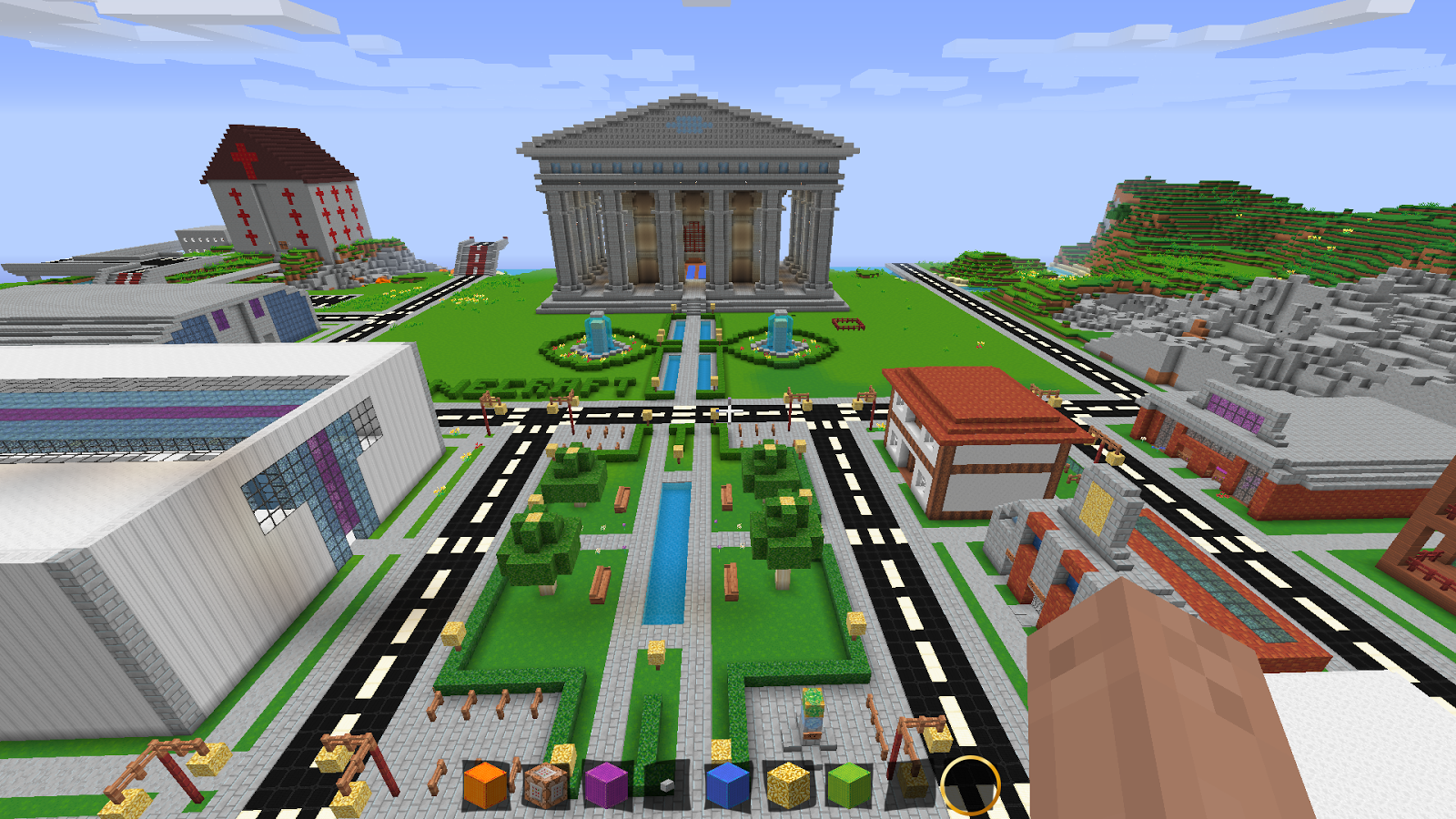 Above: how the PC version will look like with the amazing texturepack Dragondance.


MinecraftEDU
MinecraftEDU brings features that really help you in the classroom, as you easily can manage your class, mute or freeze them, teleport, give items and more. These things has turned out to be much valuable when you use Minecraft with older kids as they seek up the mobs instead of avoid them. It's very hard to keep them on track and you have to put up lots of quests to have their focus. 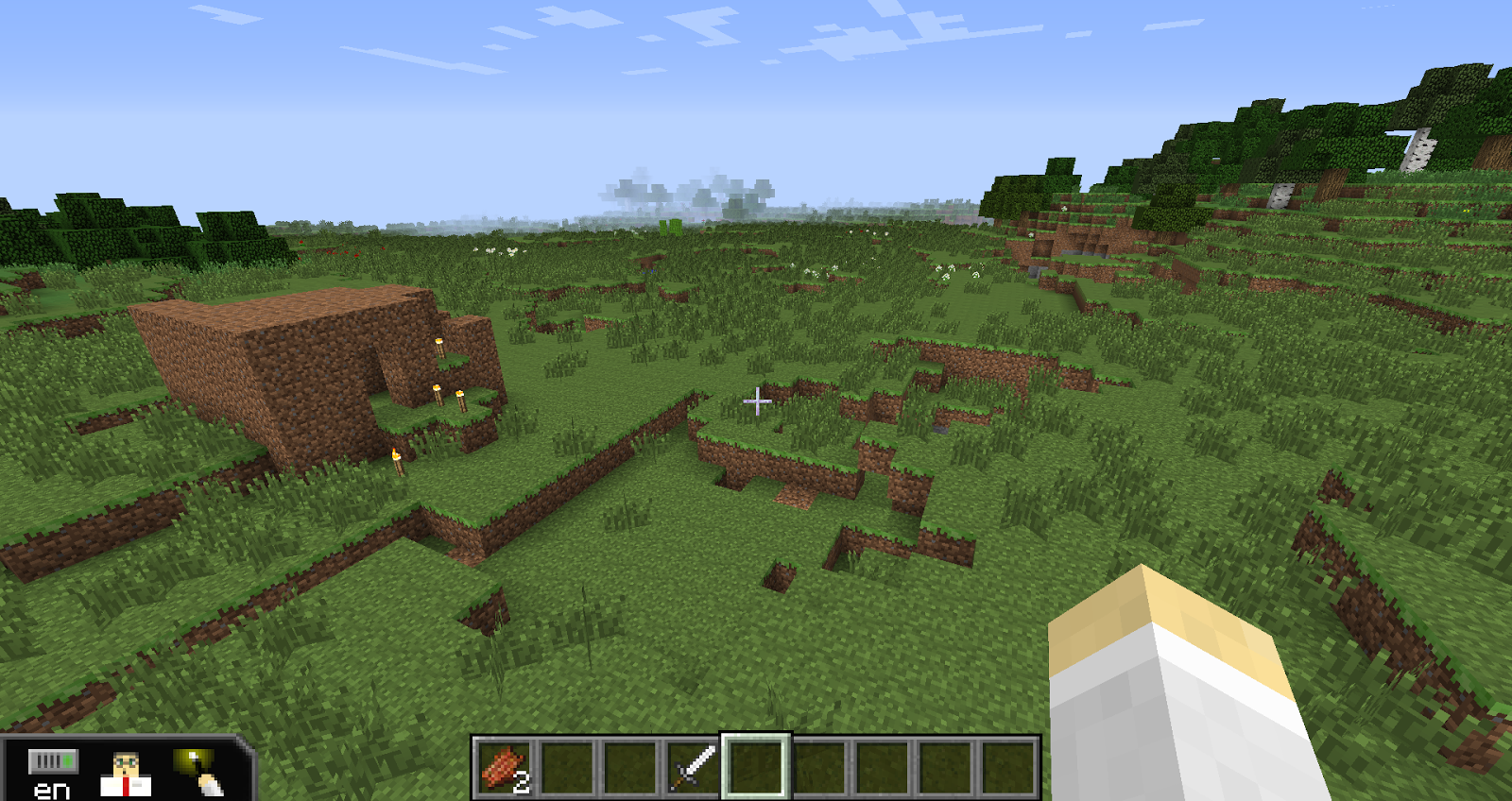 Above: so the MinecraftEDU adds a teacher panel down to the left, otherwise it looks the same as ordinary Minecraft.

Minecraft Xbox, PS and more
I have no experience of the xbox version (or the other ones). I find myself have some difficulties with the control pads when I play other games, there's too many bottoms and also very hard to focus where to aim.

What comes to pos / cons, this is what I figured out after reading this comparison made by Sgt Merrell.

Above: so here's the Minecraft Xbox view and down to the left there's some kind of "meny", buttons you need in game. The inventory bar is also a bit higher up than in the other versions.

Minecraft Pi edition
Last one out is the Pi Edition which I heard about when I bought the book "Adventures in Minecraft" and what I understand Pi is based on the Alpha pocket edition but sort of designed to more easy add programming in Python to the game. Minecraft Pi feels like the nerd version of the game as it requires Rasberry pi :D

Above: how the game looks like in Rasperry Pi and if you want to compare ;)

However, don't forget
No matter what platform, be aware of your student will find other things to do no matter what you have planned. Allow some creativity, they will anyway learn the key competences of lifelong learning, a goal which is difficult to reach usually. MinecraftEDU is to prefer as you can freeze your students and also easily control the class and classroom, as shown in the picture below. 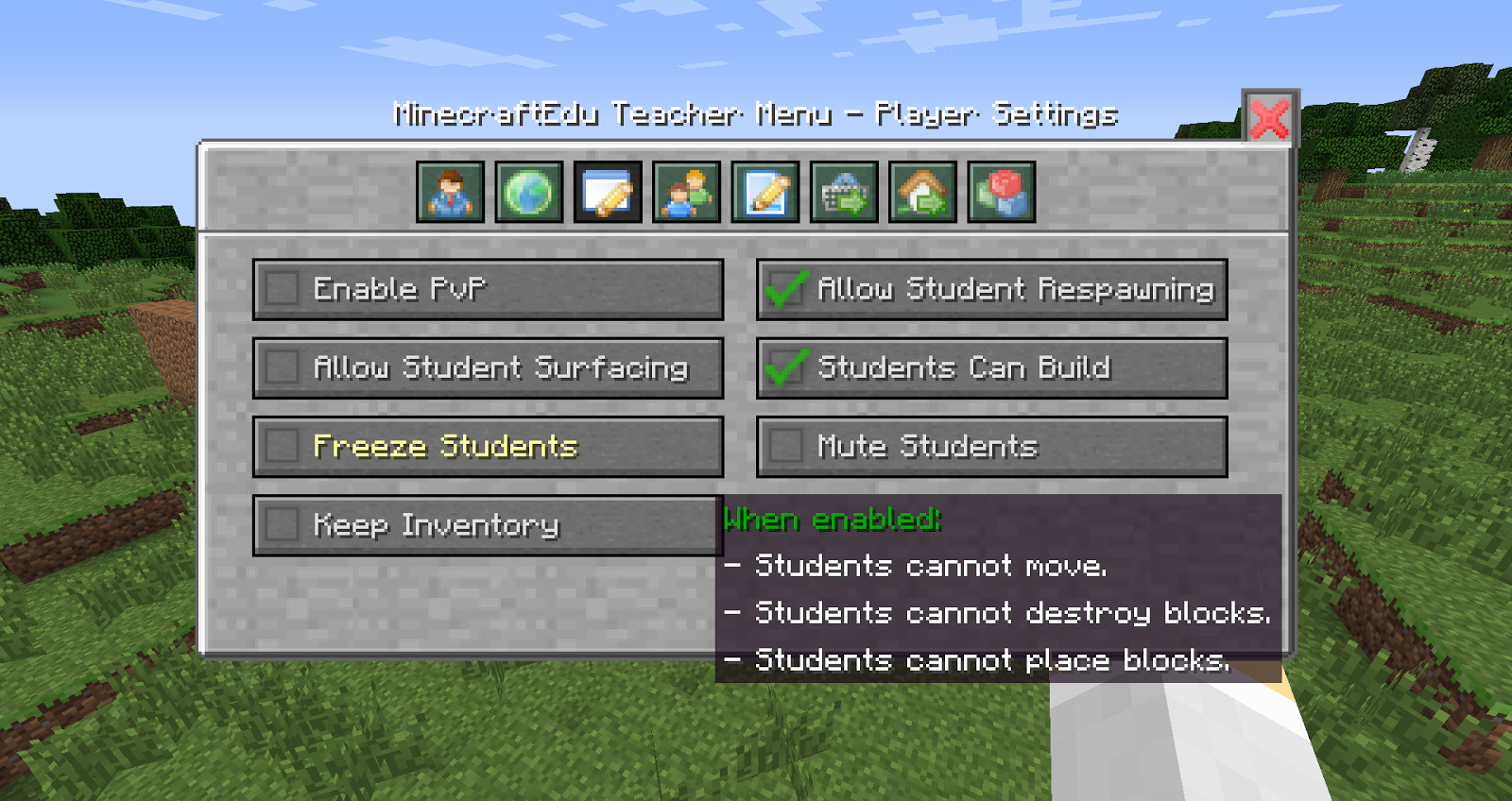 Graphics?
Look as that's the biggest issue many has of the game. Use a texturepack and you will get the look you want ;)