I've just finished my first Minecraft project.
A year ago I started to think about a couple of things what comes to Minecraft. We have students, 16-22 years old, that rather play a game than to study, why? Even though when they have applied to an education, they still play. Okay, so they play, is there any chance I can take control over the game and use it as a pedagogy tool?

Thoughts like that triggered me to do something about it. I was looking for a chance - and found one - to actually run a Minecraft project. Luckily my principal was as curious as me, except one detail, you won't have much of a budget. All extra time I put into the project I've been, sort of, able to flex with my own schedule. There was no chance, at that point, to set up an own server but I found a way to rent one, a basic vanilla creative without any mods.

And the experiment and observation begun.
Of course I was the one with the less knowledge and experience, so what? It took not even 30 hours before the first conflicts started and I had to spend a Saturday to mediate peace and understanding. It doesn't matter if you have the less experience with the tool as long as you're the leader. You have to both keep them into the learning direction and also put up the rules, solve conflicts and arguments.

When you use Minecraft as a pedagogy tool, it's not like you're just sit there and let the students play. You take advantage of the game and give them problems to solve. They have to use lots of skills they don't yet have to solve problems they didn't know they're going to have. Most fantastic, they do it, they ask you, they are interested, they work hard and stay focus. And you keep them concentrated and active during most longer times than usual.

Why make it harder than it is? Why try to introduce 3D Studio Max or Blender before you caught their interest? We've seen that for several years: some are interested and learn while the rest loose their interest and start doing something else... Keep It Simple Stupid, and Minecraft was an excellent tool for that purpose! Actually so good I could start a second project (with a own bukkit server) after two months and this autumn will start a third one with MinecraftEDU.

Santeri Koivisto at Teachergaming.com gave me this input at my start of the first project: "...the big question with Minecraft and with any video game is that students that age need an explanation why we are using this at school and what we are learning."

True, they needed to have an explanation and I had to also repeat it during the project. Most of my students are young people who learn in a practical way, they need to explore the knowledge. Those students have been very easy to talk to and explain the purpose to. A few students have been (like my colleagues tend to be): theoretical learners, they don't understand at all. Not the game thinking, the purpose or whatsoever.

They've been building their schools in Minecraft, and one group has also build an organic city, or that was the goal...

When the project ended I understood I had to come up with some 'hard data'. Because no matter what fantastic results I get, some people (read: teachers) need that to actually understand what happened. And the results are in. And again, it's not any science (this time 10 answers = 100% of participants!) research at all, but still interesting. I use a scale of 1 to 6 because I want to force my students to have a second thought, either they've learned a little bit less (3) or a little bit more (4).

The motivation has been high
And what makes the motivation keep that high? Well for example: build, experience, new way of learning, learn by doing.

Distance, work from home
This will surprise most educators I believe. It's much more fun to do it together, in a classroom, instead of doing it from home. Just because you have a ability to work from home you don't want to do it.

Experience
Minecraft instead of classic "rostrum teaching", with other words: be able to learn through a tool like Minecraft.

Goals
Have we reach the goals we put up together before the project started?

What unintentional learning occurred?
This is a funny one and you can read more about it here, almost the same as the key competences for lifelong learning from the Finnish National Board of Education (FNBE)

Problem solving
In what ways or channels have you solved upcoming problems?

How much have you enjoyed this project?

Did you experience that you got help from the teacher?

Knowledge about Minecraft
Have it felt strange that you might know more about the tool (Minecraft) than the teacher?

Self-assessment
Do you feel that this elective course has given you something positive?

If I try to use Ruben R. Puentedura's SAMR model to Minecraft it might be something like this:

The lowest level is Substitution:
Technology acts as a direct substitute
Instead of work with papers, students use computers.

The second level is Augmentation:
Direct substitute with functional improvement
Instead of book encyclopedia students use wikis and YouTube to solve problems.

The third level is Modification:
Technology allows for a significant task redesign
With the Minecraft tool the students started to create 3D models of their schools and meanwhile learned different subjects, took screenshots, videoclips and used them in reports or microblogs.

The fourth level is Redefinition:
Technology  allows for the creation of new tasks, previously inconceivable for example creating a calculator (electrical engineering), use a 2D sketch to create a 3D model (technical drawing), the experience: to actually walk around inside your 3D model and feel as you walk there in real life.

Finally, I have to agree with Techno Rookie about the best part. Neither did I had to move through these levels or through the SAMR model, I challenged my students, they adapt and overcome, with other words: they did the rest.

A working mate convinced me to see this TEDx clip on YouTube with 13yo Logan Lapante and hackschooling.

Hackschooling
He isn't talking about geeky nerds sitting in their parents basement, creating and spreading data viruses. Not at all. Among other things he explain the hackschooling mindset with this picture. 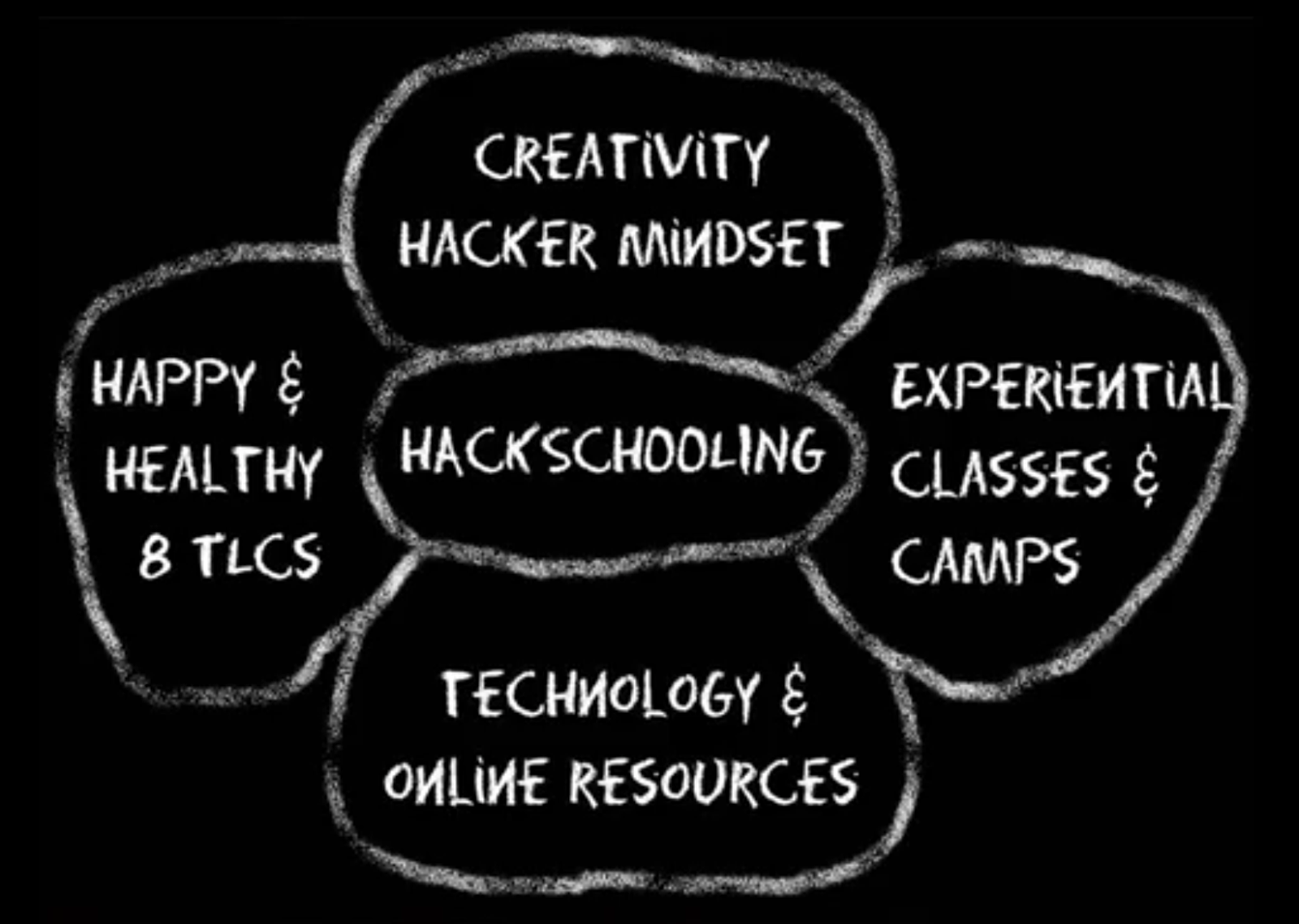 And I can't help thinking of Gabe Zichermann when he talks about what increasing fluid intelligence, what you gain with playing games, gamification. 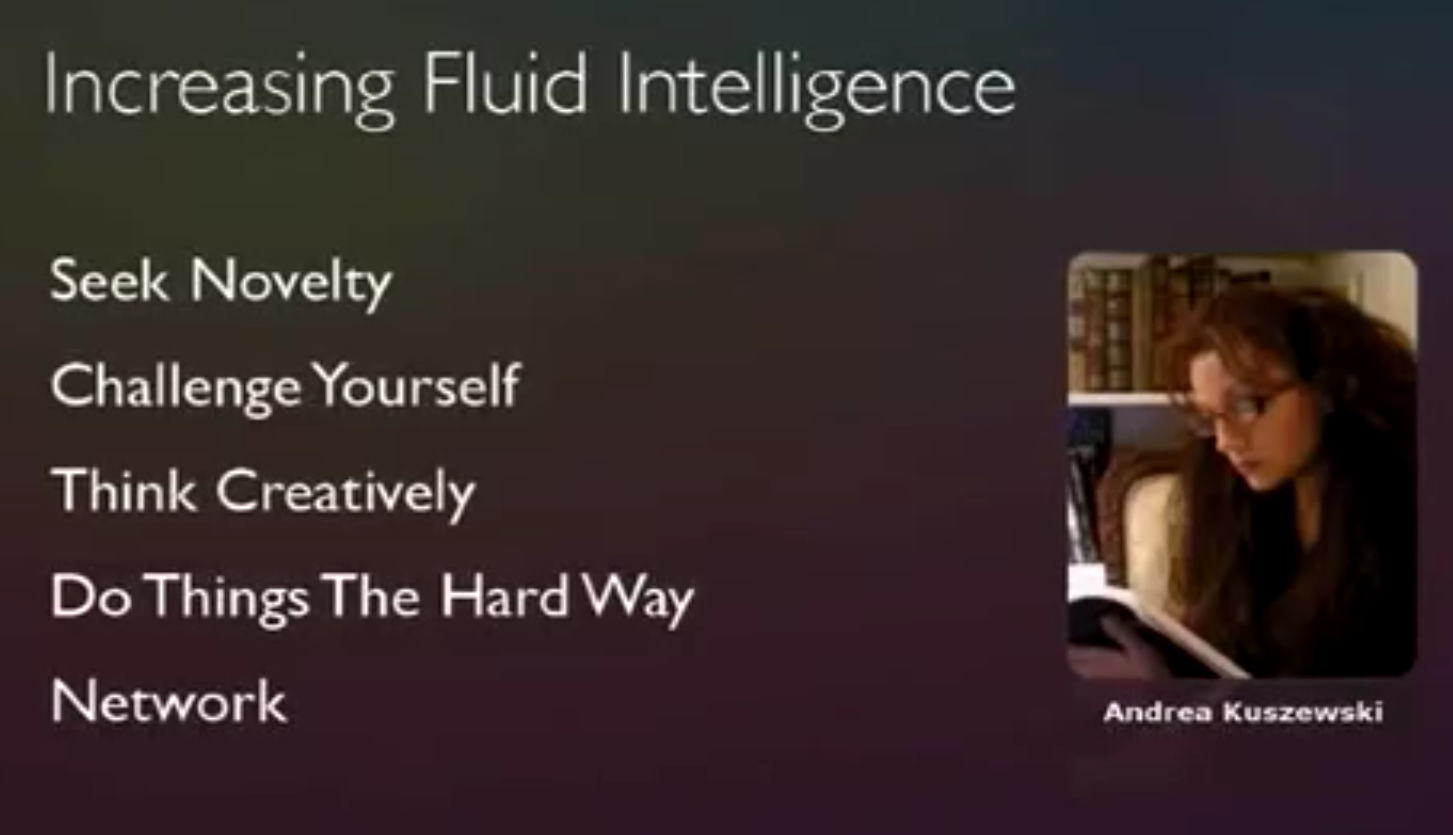 The hacker Mindset.
Back to Logan LaPlante and he explains. Hackers are innovators, hackers are people who challenges and changes the systems to make them more differently, to make them better, it's how they see it. It's a mindset. And according to Lapante, Everything could, and should, be hacked: skiing, education...

You could take shortcuts or hacks to get a better, and faster, result. Flexible, opportunist, and never loose the sight of healthy, happy and creativity the 8 TLC (look at the video!). But, here's the thing, doing this usually freaks people out. Especially teachers...

But hey!?
Where have I heard that before?
And where have I seen results as that?
Well, after listen to Lapante I realized:
I've hacked the math!
With Minecraft and Gamification (yep, again: Nobel price, here I am).

As most teachers who uses Minecraft we see increasing math skills. But it doesn't stop there, we also have the interesting point: What unintentional learning occurred?

The 'hard data' and my evaluation
My school wanted the "hard data" to be shown. Because whatever results I gain, they need figures, something "on paper" to see it actually worked. So I had to come up with some sort of evaluation, and thanks to master Stephen Elford I got some ideas what questions to ask.

This is definitely not any science, six students had the chance to use Minecraft as an option with geometry, three of them have answered my evaluation. At least one of them has dyscalculia. My scale is 1-6, where 1 is nothing and 6 very much, and there's no middle - either they are a bit weaker (3) or a bit better (4), I force them to think.

Knowledge before the Minecraft experience?

How fun I believe Math is?

Motivation during our classes and by the way, I got the same result when use Minecraft to learn math...

Your activity during class?
The activity was a fun thing. All of my participants are students that usually stays focus for 15 minutes. Now they where all sitting, without a break, for two hours. The only time they used their smartphone was when they needed the calculator. One of my students also participated in class when he was home and sick.

I have them to choose the best and worse lesson and put on a scale how fun it was, how much help they got from that class. They had to give an answer to the worst one but as you can see, it's still a very good lesson. They can't explain why, they had to pick one.

Best lesson on a scale

Worst lesson on a scale

Knowledge afterwards
And I believe this is an important one and please compare it to the first graph. Do you experience you have better knowledge about math and geometry now?

How much have you enjoyed using Minecraft during this math experience?

What have you learned (including the unintentional learning)?
Scale, geometry, to be creative, solve problems, convert 2D to 3D, technical drawings, planning and foresight.

We were looking at responses from my first Minecraft project and my colleague Jenh (and upcoming MinecraftEDU partner) just saw something very interesting. Among a lot of questions in my evaluation there was one where I wanted the participants to reflect about what unintentional learning they had occurred?

Sorry, it's all swedish :D and it's not a science research I know that, but still very interesting.

To the left
Key competences for lifelong learning from the Finnish National Board of Education (FNBE) and according to Google Translate (for once it seems right) and I quote:

An important part of professional skills is the key competences for lifelong learning. They are the skills required for continuous learning and for that individual to come to terms in the future, in new situations and in a changing world of work. The means improved vocational education and improved civic skills, which are needed in all industries. Competencies needed for the students / candidates are to follow the changes in society and working life and adapt in a changing world.

And according to the responses of the evaluation: