Yesterday my principal asked me (you can say 'yes' or 'yes sir') to be a replacement for a sick colleague. The class should do some programming in C++ - and how fun is it to try to have a subject you don't master?

80% of the class also told me, as first thing, they don't know what to do and can't work on their projects without help. And that without even opened their computers. They were determined. It was too difficult. Too hard to even try.

After 30 min of watching them play different games and watch YouTube I asked if they'd like to help me, to test something I've never tested before but I need the experience. Sure, why not? what have we to lose?

Away to the computer lab and Turtle Canyon - A ComputerCraftEdu Sandbox...!

If they don't have any interest of C++ they might be able to learn some code anyway today. I know, Lua isn't the same at all, but hey! If C++ is too hard you might have started a bit too high, a bit too difficult?

Suddenly there was some magic happen, that don't occur normally in this class.


Most fascinating, as always, the student with diagnosis and usually have difficult to understand, suddenly became normal and started to explain code to the others.

Unfortunately they spend a little bit too much time to quickly get up than to explore, analyze and program their way out. They use the opportunity to accumulate an unlimited number of turtles instead of collecting block. 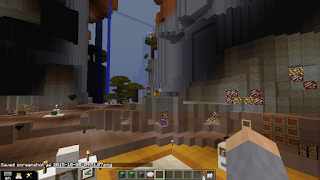 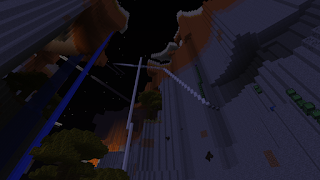 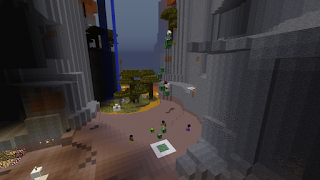 Yet when they were asked, they could reflect and think. Maybe they used while loop or something else, they realized they still had had to construct some sort of code to be able to come up.

When they came to the surface and didn't find anything, they jumped back down to do it right the second time.