How is my Masterplan working?

Comment:
English is my second language and according to all my former English teachers I should have a C or lower in English because I have no knowledge. Or as you can see, I have the wrong kind of language skills becuse I've learned English while playing games (Dark Age of Camelot and World of Warcraft) and that's bad :D hehe well, of course not, but I want to point it out so you understand there's much learning going on when you play games even though it's not the primary thought of it.

How is my Masterplan working?
Well, this week I've started slow and easy with my course "PCs and Peripherals" and as you can see I have already done the opposite to my colleague. (I'm Steve and my students are also Steve) 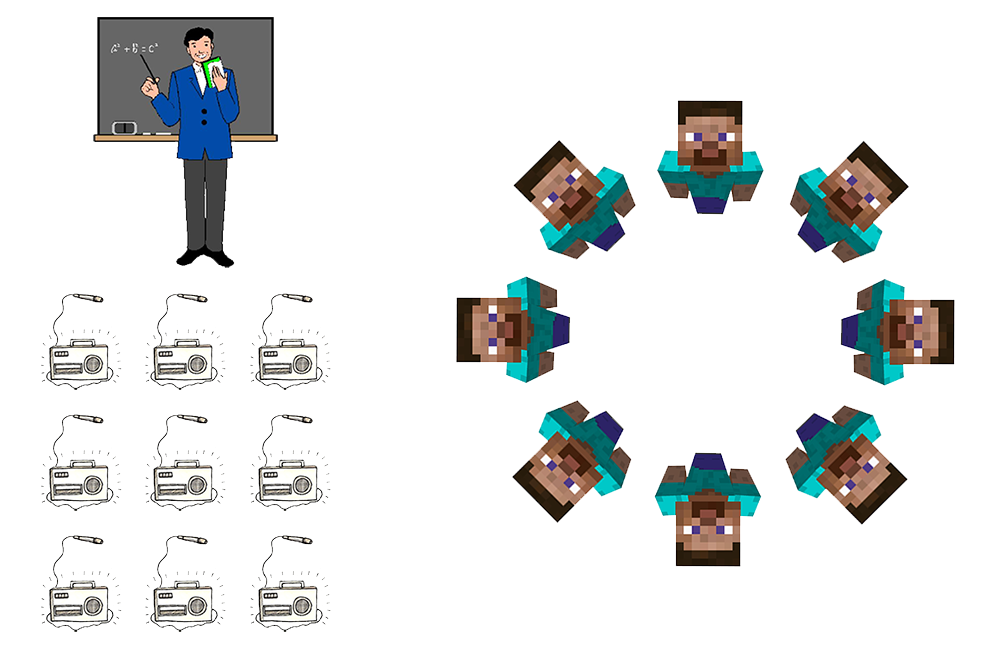 He (and more colleagues) asks me all the time how I'm going to solve my course and most of them also panic when they realize my plan. It can't work! And therefor they try to shoot me down as fast or as often as possible... I do have some allies, but they work in silence and let me take the battles ;)

Anyway, before starting with theory I felt I needed to take up some basics with my students. My colleague started with theory from the very beginning and a whole day... Basics for me: how you problem solve, how you can be creative, how I want them to do documentations, start networking, stuff like that. And to make this happen without being boring I thought the Bartle Test of Gamer Psychology could be a way to trick them: make something boring funny.

So they did the test, and if You try this with your class I have to warn you, the site gamerDNA is slow, and they got their profiles (achiever, explorer, socializer and killer). I don't believe this work for games in general because when I took the FPS test myself I got another profile, something happens with my game role when I get my hands on a M249...

What comes to a dungeon based game this was working just fine. We had three killers, three achievers, one socializer and two explorers (me and one more). 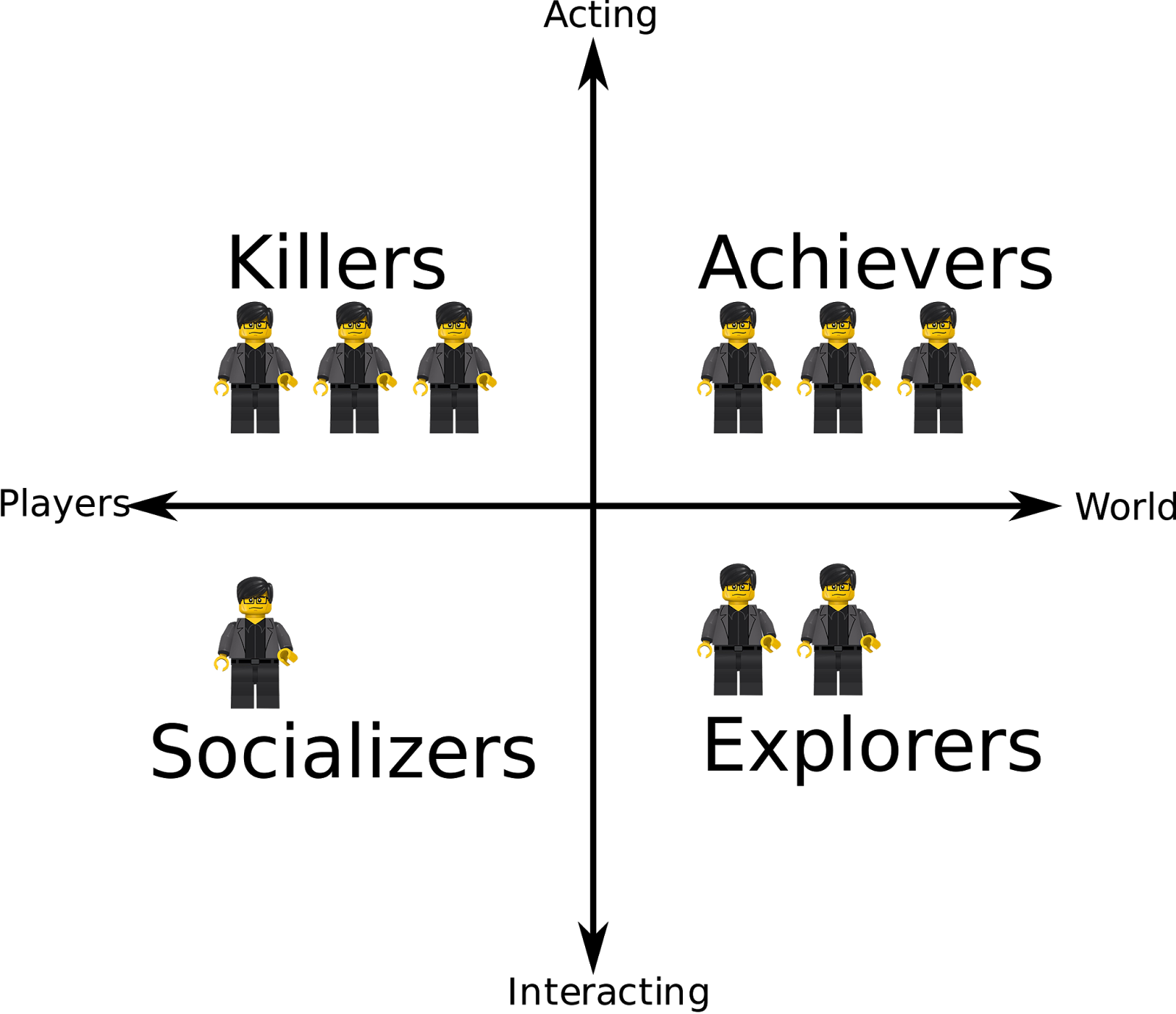 After the test they had to start working, first go to the wiki site and learn more about their profile. Understand the English, use Google translate if that's easier so you will have a hint what the text is about in Swedish (mothertounge). I believe you have a learning process going on even if you use Google translate, even if it's cheat what comes to language you problem solve and learn to be creative. Important skills as well.

When they had understood the description they now had to, with own words, reflect over their own gaming profile. Is it true? Why or why not? Motivate! Yes or no is not a valid answer. And they did that, all of them! A few sentences.

This, the reflection part, were the part where I realised - afterwards - I had succeeded with something school counselors usually fail with. Students with some kind of diagnose (ADHD, dyscalculia, dyslexia and more) usually have very hard to do this self analysis and put in on paper. I made this happen by misstake...

And as they are a new class, their group dynamic got a push, no matter the age: all are gamers! They started to discuss games and roles, and when I did the same test I was an important part of that discussion.

Back to the master plan!
I know our students, sooner or later, will loose interest if the lessons becomes boring (too much theory) and I know they will start play games. And when this happens, what will happen if I allow them to play one game and only that game. And what happens if I challenge them inside that game?


But I also start to understand build a computer or calculator will be a project too big, mostly because it's going to be a pain in the a** to debug what others have done.

But if I put it down to the very smallest part of what a computer is, logic gates, and starts from there? Electrical engineering, something that our "cousins" ICT Assemblers study and learn.

Actually, when I talked with that teacher today he had also been thinking of use Minecraft to get the students more involved in the education. The millennium kids, generation G, for sure learn in another way than we have been taught. And I thought I was the only teacher with that kind of thought in my school... hehe.

I know that the logic gates are not "PCs and Peripherals" but I also know if you understand this you will have much easier to do programming later in the education.

And this leads to the same question once again:
If they anyway are going to play, what happens if I control the game?